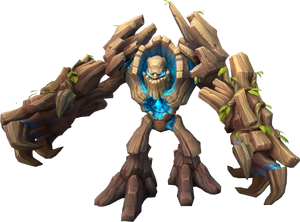 People will probably have food to drop if you are learning and need some, but theres a lot of time to soulsplit so you shouldn't really run out of food if you handle mechanics properly, if you are 0 kc i'll make an exception for a kill, but then I'd like to push you to try a titan, this means you must have 99 summoning to attend

If there is someone willing to learn or perform the base tank/shadow realm role (only role that I won't require a titan) i'll offer to save them a spot,

but there are at least 5 dps roles up for grabs, if not 6! Come try and learn the boss with us!

Invites will begin 30 minutes prior to the event!

Keep in mind we will be doing an hour worth of attempts so don't be stingy on the amount of supplies you have prepared !!

Requirements this time around (they have changed each time so far)-

Required Tier 90+ weapons. (Magic or Range highly recommended, and you can hybrid w/ Melee if confident.)

Required: All raid participants must bring a shield. (additional for solak: Turtling 3 perk recommended to help with timing if we get a tornado spec p2)

Required: Any Tier 70+ gloves/boots with bonuses to increase damage. Cinderbane gloves should be used for solak, they add a lot of damage throughout the fight.

Required: Any jewelry with bonuses or effects to increase damage (Amulet of souls, in particular, is mandatory).

Required: Tier 95+ combat curses. (Soul Split is going to be mandatory during this titan practice mode)

Required: Overload potions of any kind, Summoning flasks (at least 2) and Saradomin brews along with your fish

(THIS WAS CHANGED FOR SOLAK, ONSLAUGHT WILL BE USED ON P1 FOR CORE FOR THOSE WHO ARE NOT CONFIDENT so we only have to do it twice!!)

May be changed and not needed in the future but it's good if you don't have flanking!

from reddit user WasV3 (If anyone finds a good video guide of a 7man kill let me know!) here's just something you could watch and listen to what we are saying during a previous event:

This picture shows which rootling you'll kill with vuln, mines and good abilities when you select a role.

It will also give you a general idea on which green pad to stand on.

·         Once you have mined the south root, you'll want to get into position, standing close to the root you were assigned. Being spread out helps with the green shield mechanic.

·         Sunshine and Adrenaline Pot as the kill starts and do an opening thresh rotation.

·         Green circles will spawn and try to go to the closest one in your area, should you see that one is open use resonance.

·         Use resonance as the bar above your head fills (use debilitate if you don't have resonance.

·         Finish your sunshine on Solak, you should be able to get Solak to aroun 7.0 m - 7.2 m depedning on your DPS. If its at 7.4 m or higher you likely aren't getting the 2nd root skip and are better off focusing on getting roots down.

·         Once your sunshine is up you are tasked with killing your individual root, it will have 80k HP.

·         If you got a timer run to the arrow and anticipate, moving away when its at 1. Ideally let your team know where your arrow is.

·         Clean up all the remaining roots, sometimes there is one on very low HP due to the DPS having to abandon their roots with the timer taking precedence.

·         You should be able to sunshine again at around 1:05 to 1:10 kill time, sunshine as soon as you can, the tank will bring Solak back to the middle once roots are killed;

·         You can get a full sunshine rotation off before the arms and legs mechanic.

·         The blight AOE will be given to 3 people, it hits ~4k and you are able to resonance it. If you are not comfortable with 1-tick resonance, use devotion to help you resonance.

·         The Legs can be nearly taken out by a team of detonates, everyone should detonate and release when its over 100%

·         Much like the arms/legs they face south so you can flank from the north. Do a threshold rotation on the orb, this should get it under 500k

·         Re-do Arms/Legs/Core however this time you can either Sunshine when the legs spawn, Meta + Sigil when the core spawns or Onslaught on the Core to kill it.

·         Should you not reach 6.0m HP, you have to do all that over again, except for on the 2nd time you aren't mining south but you are mining your own root. This means that you have to help the tank out south. Focus on the roots over Solak as you should be able to get to 6.0m fairly quickly after dealing with the roots.

·         A purple smoke pillar will spawn, kill it using thresholds and basics.

·         The green circle will clear all your stacks, run/BD to it after the pillar is dead

·         When you get the cleanse message, surge to the blue ring that spawns where the pillar died.

·         You will be sent to the upper level where there is this giant orb, spam click on it and it will take 10k damage per click (less damage if you have more stacks).

·         When you get brought back down, Surge to the SE corner and repeat the process. Should you kill the pillar too quickly do not bother cleansing as you won't have time. Avoid the middle as it damages you

·         After going up two times, the orb should be dead meaning it will no longer be dropping bombs on you

·         The tank will have taken out the NW pillar and will be working on the NE pillar when you get there, throw 1-2 abilities on there to help out the tank.

·         Sunshine on the north wall by the torches, once the final pillar is dead Solak will be able to go past 5.6 m HP and will release AOE bomb over the entire arena.

·         The north wall is a quasi-safe spot as you will rarely get hit, if a bomb gets close to the north wall, disperse out on the other side of the torches, debilitate/reflect/resonance/eat up if necessary

·         When the AOE bombs are done do not click on the golden thing that appears near you, that is for the tank to do.

·         Solak will raise his arm and say a speech about raining on you, halfway through his speech you will want to use debilitate and then reflect. Make sure you are 1-2 squares away from the tank and do not move out of the golden shield

·         Count the bombs, after the 4th one hits you run south and use resonance. This should heal you to full HP or very close.

·         Anticipate and then Sunshine as you will have an opportunity to attack Solak with very little interruptions.

·         A random person will get targeted by Solak, this will stun them and force them to move, if you get chosen go back to your sunshine and continue to DPS

·         Depending on how well your teams DPS is, the phase will either end now, or you will have to do a second rain attack

·         Should you have to do a 2nd rain attack, you can do the same thing as before with debilitate and then reflect, but this time if you leave the circle after the 4th bomb you have to have devotion up or it will pop your resonance.

·         As soon as the team is close to the green circle, click to cleanse so that everyone stacks get reset to 0.

·         Sunshine and Adrenaline Potion in the middle of the arena, this allows you to flank Solak

·         When Solak stands up use anticipate and prepare to use a stun in 2 abilities, ~50% of the team has to stun Solak or an increasing bleed will damage the team. It has a voice-over cue

·         The tank will start charging the second sigil, you'll want to take a couple steps towards the tank so you do not get dragged as Solak moves.

·         Onslaught once you get to 100% After your first sunshine, this will usually happen during the second shake

·         After the 2nd shake, 3 members of the team will get targeted with blight bombs, these bombs are more deadly than on p1 as they create roots between the 3 people when they go off, meaning they need to get away from the DPS pile. For these bombs you want to make sure you anticipate before using resonance as its always followed up by getting stunned.

·         I have devised a strategy where you release the bombs near the previous sigil, as shown by this pictureThis allows you to still attack Solak while also not killing the team

Tank is on the inside

·         Run North behind Solak all grouped up in a pile, use natural instinct as the red message pops up, build back up to 100% and use sunshine + Adrenaline potion, do a sunshine rotation

·         Make sure you Asphyxiate and don't forget about it, if not the team will get wiped with 11k hits. (stunning the boss can make you avoid a large hit if timed correctly)

·         When you get a bar over your head use reprisal and make sure you are 9k HP +, you will get hit by both blight bombs causing 9k in damage and a massive reprisal hit, task one person with shattering.

There are no comments to display.